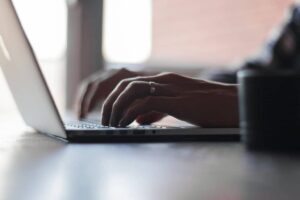 These letters can be written for all types of reasons, like traveling on vacation, business trips, being in jail or whatever else would cause the parent to need to be absent from their parents. Most commonly they are used when the parent is out of the country or state on business, or a child needs to stay with a relative for a while.

The importance of these letters is it allows the mother or father to make sure their child is cared for properly in their absence. In fact, if a child is sick or needs medical attention, they will not be able to get the help they need without a notarized document such as this. Hospitals and clinics are increasingly picky about medical care of the minor.

They usually will not treat unless a parent is present. This document can protect the child and the parent, allowing them to get the car they need. The letter needs to detail what the guardian can and cannot do. If it is a friend or relative, it is usually not a problem ironing out all the details. However, for the parent’s protection, you need to make sure the document has your best interests at heart.

Depending on the type of arrangement will greatly depend on the legalities and how formal the letter should be. If a child must life with a relative for an extended period of time, then the letter would need to be more formal in nature than those that just on vacation for a few days.

Set the letter up just as you would any other letter with a block style format. However, you want to add a subject line that includes the child’s name and that this is a temporary guardianship agreement. In general, most of these letters are only for a six month period of time. Each state has laws for how long a letter like this is good for. Most say that anything over a six month period will require a different form of documentation.

The first paragraph needs to have the terms laid out clearly. It should start with all the names of the parties involved. It needs to say the dates the guardianship starts and when it ends. The second paragraph needs to stay where the parents will be, as well as their contact information during their absence.

Also, make sure to include the child’s pediatricians name and the dentist. It is also not a bad idea to give a copy of this form to the child’s doctors, and let them know what is going on.

From August 23, 2019 till August 30, 2019, William and Elizabeth Smith give temporary custody of their daughter, Adreauna Ford, to Jamie and Kimberly Harr. This Child Care Authorization Letter will serve as a legal and binding document that will allow them to obtain medical treatment and to make any decisions regarding the needs of the child for this period.

William and Elizabeth will be in Europe on business for the dates listed above. They will not be able to provide medical treatment and see to the needs of their child during these time periods. Trusting in good faith, Jamie and Kimberly Harr, they allow temporary guardianship so they may make decisions regarding their child’ care.

The address of the hostel that the Smith’s will be stay in is 7890 Piccadilly Square, London, England. The phone number there is +44 20 8988 8300. Since London is five hours ahead of the United States, consideration must be made when calling.